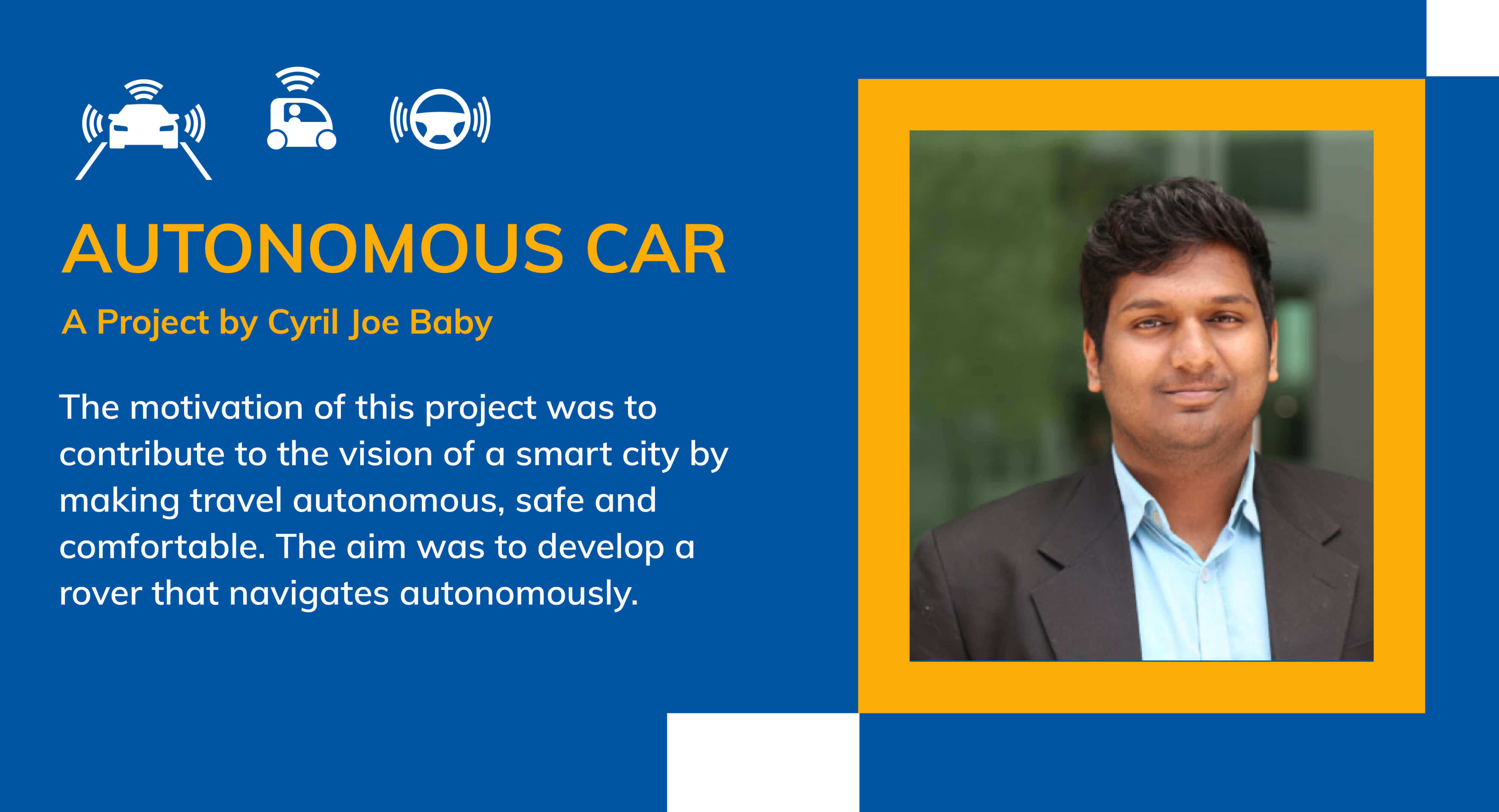 CARS that can drive themselves, a staple of science-fiction, have started to appear on roads in real life. Self-driving cars have been the new exciting topic for quite some time now.

Cars were largely mechanical devices controlled by humans. Nowadays various complex technologies are taking over most of the functions performed by drivers. Many companies are implementing some autonomy or intelligence in their cars. Every big company out there has started making concept cars featuring self-driving or autonomous capabilities.

Through this post I want to put some light onto the technology used to make an autonomous car. A detailed explanation to implement different aspects of Computer Vision and Machine Learning in developing an autonomous system is outlined.

This post provides a detailed description of an autonomous car prototype that I worked on a few years ago. The project highlights how to make a rover-like prototype and add autonomous driving features to it for ease of navigation. 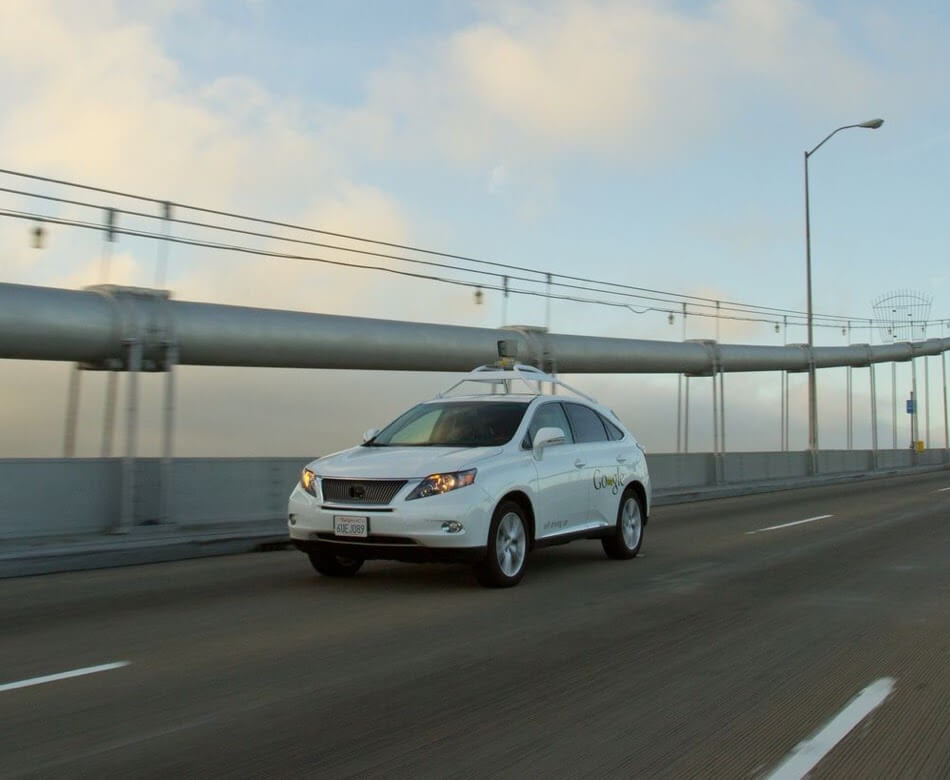 So, what is an autonomous car and what does it do?

Most of our understanding about self-driving cars comes from different projects like Tesla, Uber or Waymo. An autonomous car has different systems and algorithms that control the steering and the speed of the car. An autonomous car is able to drive itself based on its environment.

How does an autonomous car work? 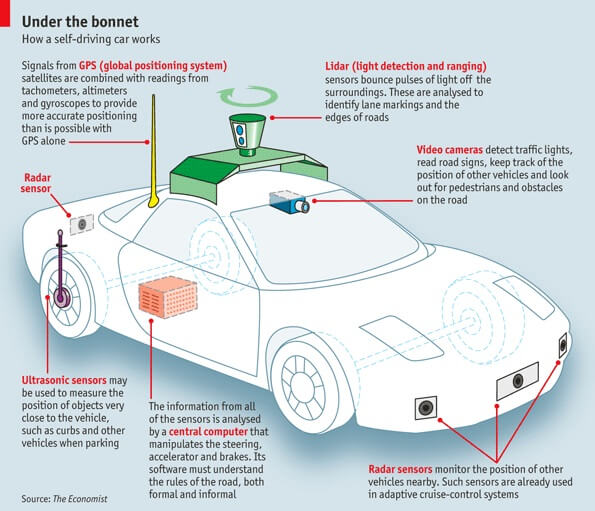 To be autonomous, the car must be able to understand and evaluate its environment and take necessary actions to move. To understand the environment mainly cameras are used. Usually there are cameras in the front, rear and sides to cover the entire area around the car.

Apart from this LIDARS are also used to map the surrounding area around a car. LIDAR (Light Detection and Ranging), is a method for measuring distances by illuminating the target with laser light and measuring the reflection with a sensor. Hence, using cameras or a combination of cameras and a LIDAR, the surrounding area around a car can be mapped.

Other sensors in an autonomous car include GPS and ultrasonic sensors. GPS is used in path planning so that it can find its way to the required destination. Ultrasound sensors are also used for detection of objects that are very close to the vehicle. The radar is used to detect the distance objects further away and the speed of cars in the front and rear using the Doppler effect.

All the sensors provide inputs to the autonomous system in the car regarding the real-time environment the car is in. The CPU in the car computes on all this information and controls the steering wheel angle, braking and acceleration (considering that the car has automatic transmission). These are the main aspects that the central computer needs to control.

There are other secondary outputs like status of the wiper or indicators that need to be controlled. Primary inputs - the steering wheel angle, braking and acceleration actually drives the car.

How to make an autonomous car prototype?

Everyone is fascinated by the concept of autonomous cars and most engineering students want to make an autonomous car prototype. A camera can be used instead of a lidar or radar to reduce the number of sensor interfaces. The camera can map the front of the bot and to detect lanes and obstacles. Ultrasonic sensors can be used to detect close obstacles in all directions.

A GPS along with a motion sensor can be used for navigation. Using these limited sensors, reduces the cost and complexity of the system without any big hit on performance. Such a scaled down version of an autonomous car prototype allows students and other researchers to be a part of the innovation in this field.

What was the intent behind this Project?

The motivation of this project was to contribute to the vision of a smart city by making travel autonomous, simple, safe and comfortable. Our aim was to build a vehicle size of a rover that could navigate autonomously using cameras, GPS and other sensors. The intent was to develop a basic prototype that has autonomous navigation ability.

What are the different aspects of the project?

We developed a basic prototype to test the algorithms in real-time. We tested the prototype in a simulated environment to test the lane detection, obstacle detection and motion planning algorithms. The prototype bot was able to navigate in the set course also keeping the destination waypoint as its goal. 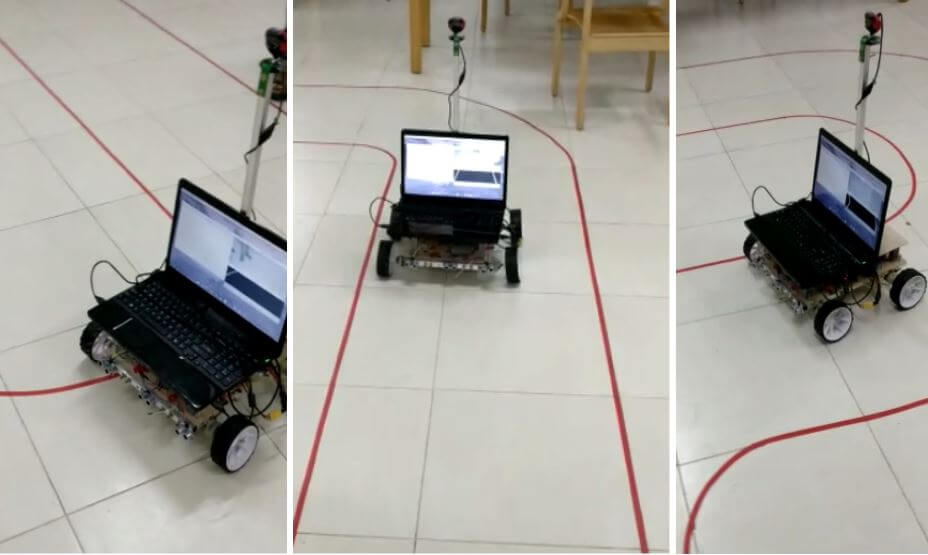 The prototype bot consisted of

How can you make such a prototype and start contributing to this field?

Pulling off such a project requires a team with specialisations in various streams or disciplines. A team with good computer science engineers, electrical engineers and above all a bunch of passionate engineers and hobbyists. This project is quite simple if you divide it into different systems.

Scikit-learn is a library in python that can be used for machine learning and has inbuilt models that are trained by using a few lines of code. Very good documentation is available online to implement these machine learning models on any dataset. A dataset showing different obstacles has to be created for training the selected model on obstacle detection. Preparing a good dataset is very crucial for the accuracy of the machine learning model.

A very good machine learning model that can be used is Random Forest, implemented using the scikit-learn library in Python. This model gives a good enough accuracy for the system. The dataset of images cannot be directly used with Random Forest.

All these feature extraction techniques can be implemented on python using the OpenCV libraries or on MATLAB using the Image Processing Toolbox.

In this project we implemented Artificial Neural Networks (ANN) for obstacle classification since it gave a good accuracy and was better at classifying moving objects. To implement a neural net “Keras” library in Python, or the neural networks toolbox from “MATLAB” can be used. Feature extraction must be done on the images first and then given to the neural network model for image classification.

A neural network is easy to implement using these libraries. For better accuracy neural networks written from scratch can be used by tweaking parameters in the learning algorithm and network variables. Furthermore, other Deep Learning algorithms such as Convolutional Neural Networks (CNNs) and SegNets can be explored.

Motion Planning and Navigation algorithm can be written in Python only. Simple python libraries can be used to write algorithms for path planning. Other sensor inputs from Ultrasonic sensors and IMU can be integrated easily into any Arduino microcontroller. Libraries and codes to run these sensors are available on various github repositories for Arduino projects.

Apart from these aspects the Motor Control and Battery can also be managed easily. PWM based Directional controlled Motor Drivers are available easily which can be used to control the Motors used in this project. The Arduino microcontroller can use PWM signals and direction pins to control the motors. Rechargeable Li-Po batteries can be purchased that can power the bot.

A basic protection circuit needs to be designed for the battery with various voltage regulation units to provide required power supply to all individual components. Arduino and small sensors can also be powered using the USB port of the laptop or by using a rechargeable power bank.

In short, any engineering student, researcher or an enthusiast, can easily implement an autonomous car prototype. Such projects are first steps to contributing to the innovation and developments in the respective fields. I really hope many of you find this as a motivation to work on a prototype similar to this. 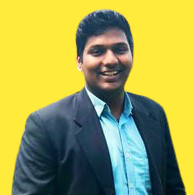 Cyril Joe Baby is an Entrepreneur, Developer and Researcher.(Google Scholar link) He is the Co-founder and Chief Technical Officer of Fupro Innovation Private Limited, a high-tech research company in prosthetic and rehabilitation devices.

Cyril has worked on various projects and research works during the past years. His fields of interest and expertise include Artificial Intelligence, Robotics and Embedded Systems. Cyril continues to contribute to these fields by working on various exciting projects and guiding students and beginners to work on their projects. Cyril is also an alumnus of Corporate Gurukul. He can be contacted at cyrilbabyjoe@gmail.com..

How to kick off your career in data and business analytics?

How To Get into IVY Leagues & Other Top Universities?

How international internships prepare students for the workplace