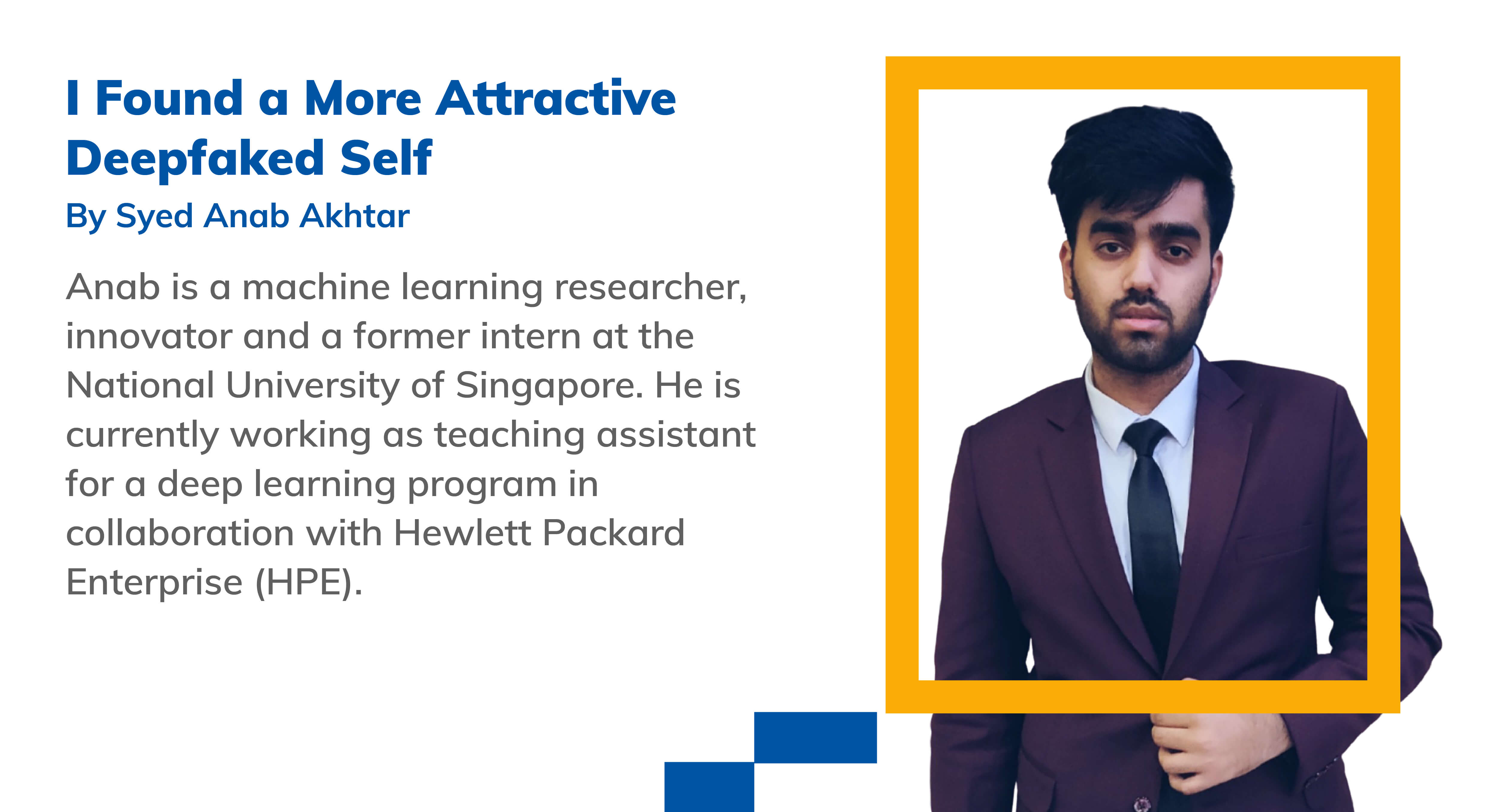 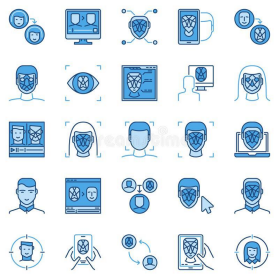 Have you always wanted to speak Mandarin fluently but never really got around to learn it? What if you could talk in any language without actually knowing it? Sounds absurd, doesn't it? Welcome to the world of Deepfakes;it only gets weirder from here.

Deepfakes is a technology that tampers with a piece of media and makes it look real. This uses deep learning tech that applies neural net simulation to massive data sets to create a fake. Artificial intelligence learns what a person's face looks like at different angles and transposes the face onto a target as if it were a mask.

Deep learning uses neural networks to find and amplify minor patterns. Neural networks are layers of simple computational nodes that work together to analyze data, like neurons in the human brain.

The secret of the GANs lies in the way two neural networks work against each other. A lot of training data is fed into both neural networks, and a separate task is given to each. The first network, known as the generator, produces artificial outputs, like handwriting, videos, or voices, by looking at the training examples and mimicking them. The second, known as the discriminator, determines whether the outputs are real by comparing each one with the same training examples. 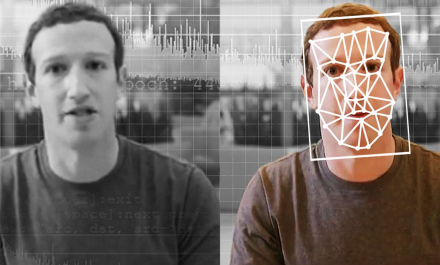 Deepfakes can be used to make Donal Trump dance to a Lavani tune, Belgium's prime minister link the coronavirus pandemic to climate change, Barack Obama rattles out racial slurs, etc. Deepfakes are a potent tool but can cause a sense of disbelief as you cannot believe what is being displayed, neither can you disregard what you see with your own eyes.

The implementations of Deepfakes are countless, but some notable ones are: 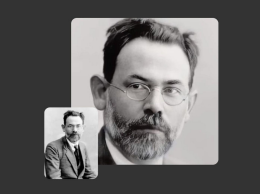 How fun would it be to see old pictures come to life (or spooky)? Deep Nostalgia is like the "live photo" feature on today's cameras wherein a few seconds before and after the photos are clicked and are captured.

This technology spread like wildfire when MyHeritage brought pictures from the past to life. These animations are created by using deep learning to analyze all facial features. The system animates the facial image using a predetermined sequence of movements and gestures, like blinking, smiling, and head-turning. These moving portraits are like GIFs similar to those in the Harry Potter series. This tech can be applied to images of anyone, even those who don't walk the earth anymore. Deep Nostalgia is a mind-bogglingly genius application of deepfakes.

Deepfakes in world of medicine 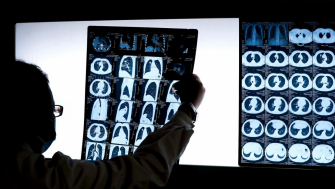 GANs can synthesize highly realistic images that have significant benefits for medical diagnosis.

Deep-learning algorithms are excellent at pattern-matching in images and can be trained to detect different types of cancer in a CT scan, differentiate diseases in MRIs, and identify abnormalities in an X-ray. This tech, however, was not being used because of privacy concerns. Using GANs, more medical images can be synthesized, indistinguishable from the real ones, making the data set large enough to use these deep learning algorithms.

The sea of possibilities with deepfakes

1. An out-of-sync dubbed movie is torturous, but with deepfakes, it can be fixed easily! Using the deepfakes technology, any actor's facial expressions can be manipulated to make it fit the dialogue. This is particularly helpful if an actor is required to speak in a language unfamiliar to him; deepfakes tech can create a false sensation of the actor saying that dialogue.

2. It can be used to create videos of historical figures telling their own story to make education more interactive and relatable. Historical figures can be brought back to life using the deepfakes tech.

3. Any voice can be manipulated to sound younger or older, male or female, and with different accents. This change can be accomplished smoothly using deepfakes as it has vast application in the entertainment industry.

4. A video of someone's full-body can be transposed onto that of another person. This can be used for stunt doubles in movies.

5. Aging and de-aging can also be done using deepfakes; this is useful in the movie industry and feeds an average person's curiosity to see themselves in their 90s.

The Dark side of Deepfakes

Deepfakes are a significant development in artificial intelligence, but it must be used vigilantly and mindfully as the dark side is rather prominent. 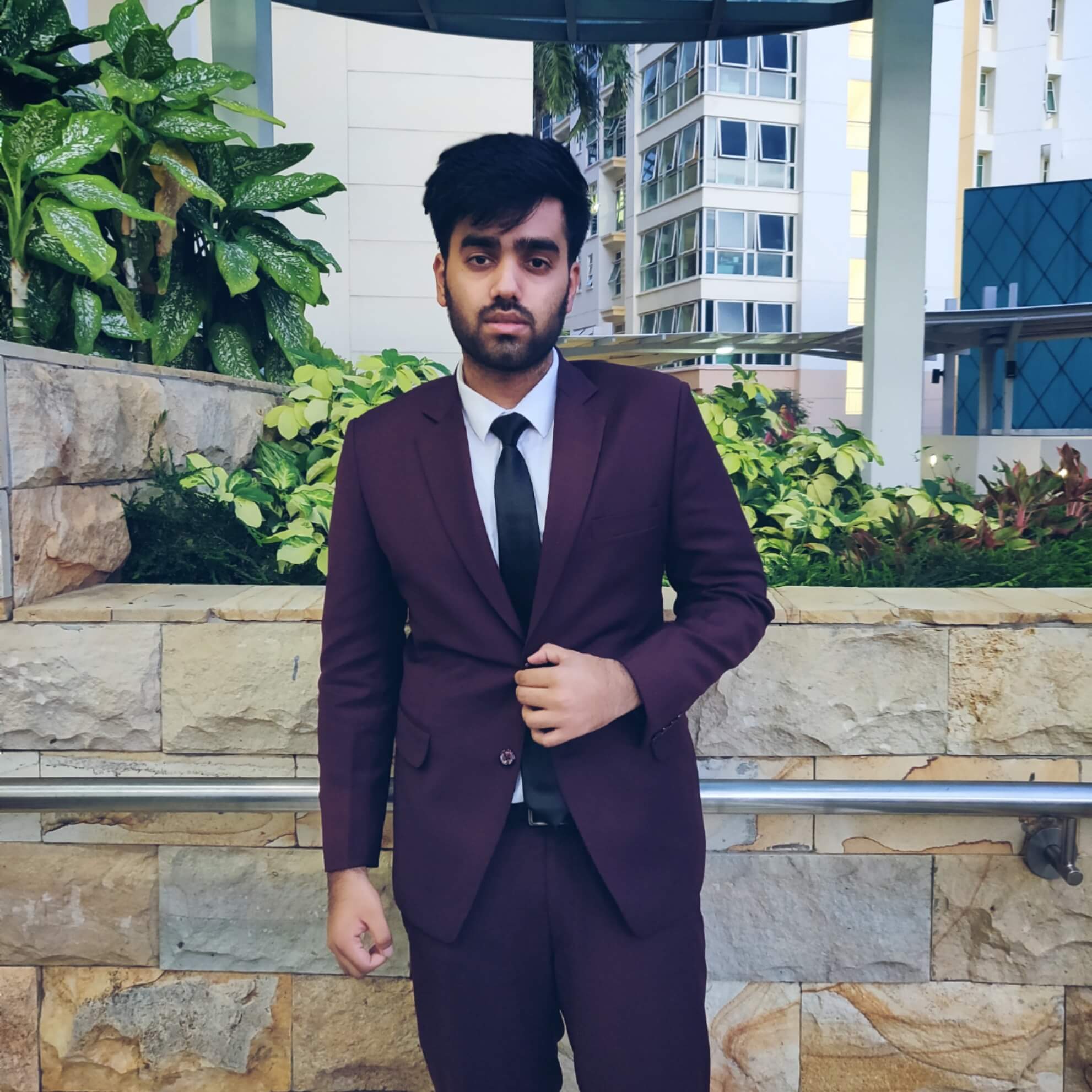 Syed Anab Akhtar is a final year computer science undergraduate student and a passionate developer and innovator with the motto: A project a week, keeps productivity at peak. He has been a part of Corporate Gurukul for over a year now and is a former Machine Learning intern at the National University of Singapore, Computer Vision Intern at the State Bank of India, and a certified cybersecurity analyst too.

Over the past few years, Anab has worked on numerous open-source projects using machine learning, data science, cybersecurity, etc that have grabbed the attention of not just students but developers from companies like Microsoft, Google, and even potential investors too. He is now preparing for his masters in computer science and all set to research further breakthrough technologies in the field.

It started off in a more hectic manner than I could expect. ... read more

It started off in a more hectic manner than I could expect. However, in the course of time, I have really enjoyed this experience in a completely different environment. I have gotten more insights in the field I aspire to study in. Overall a complete internship for people with serious aptitude and attitude. read less

“GAIP is perfectly aligned with someone's goal who wishes to experience an outburst of academic challenges while working on projec ... read more

“GAIP is perfectly aligned with someone's goal who wishes to experience an outburst of academic challenges while working on projects with the amazing support of all the organizers, faculties and teaching assistants along with exploring the city.” read less

“Combining different characters and skillset from different institutes and domains in a new country and fantastic institute, it wa ... read more

“Combining different characters and skillset from different institutes and domains in a new country and fantastic institute, it was a pleasure to be a part of this winter internship. I loved every bit of it and would cherish this forever.” read less

“An enriching and enthralling experience. The course was extensive but worth every penny. ... read more

“An enriching and enthralling experience. The course was extensive but worth every penny. I'd recommend it to anyone interested in delving into the world of AI-ML.” read less

“I personally learned quite a bit here but the 6-month project or LOR aren't as easy to get as was portrayed before. ... read more

“I personally learned quite a bit here but the 6-month project or LOR aren't as easy to get as was portrayed before. However, the faculty were quite knowledgeable and it was a great experience learning from them, and my peers.” read less

“It was a great experience for me, and far beyond my expectations. ... read more

“It was a great experience for me, and far beyond my expectations. The diversity of people from different institutions, and the impressive curriculum, gave me tremendous inspiration and insight in the subject. Through the various sessions, assessments, and discussions with NUS faculty and HPE professionals have been able to take a big step forward in developing my technical abilities and aspirations”. read less

“This Internship is the perfect balance of theory and practical application. ... read more

“This Internship is the perfect balance of theory and practical application. Coming from a beginner’s level, I felt that the instructor/professor was accommodating towards all levels of previous knowledge that a student may hold on the subject. It was truly a worthwhile experience and I hope to apply whatever I’ve learnt and further my knowledge through projects of my interest. Kudos to Team CG!” read less

“This Internship has strengthened my concepts on Artificial Intelligence and Deep learning which are the hot words of today’s t ... read more

“This Internship has strengthened my concepts on Artificial Intelligence and Deep learning which are the hot words of today’s technology and I will forever be indebted to Corporate Gurukul for providing me with great opportunities that will give me the necessary impetus and a perfect launch pad to propel my career in the desired direction.” read less

Enroll for
I Found a More Attractive Deepfaked Self

Book Consultation for
I Found a More Attractive Deepfaked Self

Applying for
I Found a More Attractive Deepfaked Self