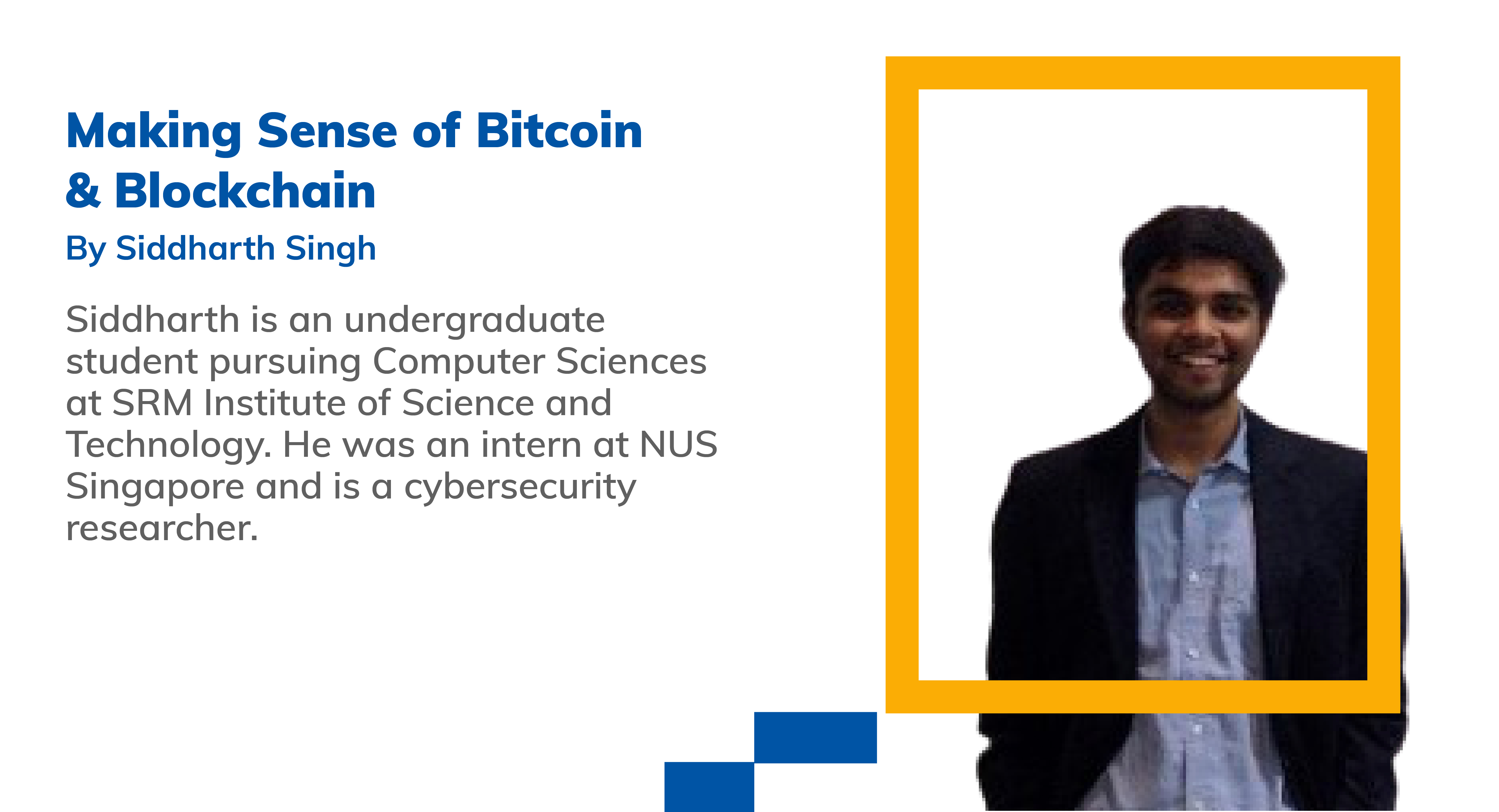 Bitcoin has been in talks for quite a while now. We’ve seen how the price of a single bitcoin grew exponentially by around 67,000% since its nascent stages. The all-time high that bitcoin has hit is around 58,000$ which is approximately Rs. 42,63,000.00. Now the question arises, why is cryptocurrency so unstable and what are the reasons as to why people would use them in the first place. To understand this, we need to get to the root technology that lays the foundation for cryptocurrency, i.e blockchain. Blockchain has been the talk of the hour in the current times, especially due to the security, transparency, and convenience it provides. To top that off, coalescing money transfer with blockchain gives rise to an entirely new and effective mode of money transfer, which in essence eliminates the need for intermediaries such as banks. This could lead to a domino effect which in turn gives more power to the citizens as a whole and drastically reduces any monopoly that central organizations hold. Now the question is if cryptocurrency and blockchain are so good, why is not being used on a larger scale? To answer that question, we go back to our bitcoin example and look at why instability and incomprehensible rate of change hinder the use of cryptocurrency on a day-to-day basis. Unlike the share market, where the prices of stocks depend on the economy, geological, political, and other external factors; the change is not dependent on any of the usual parameters when it comes to cryptocurrency. Hence, it becomes difficult to predict the direction of the graph, let alone the approximate value of gain or loss a person might incur if he invests in a certain amount of bitcoins. So, what alternatives could we adopt which could harness the potential of cryptocurrency and blockchain?

Aimed at being the absolute pinnacle of utopian transfer of currency, we have seen exponential growth in the amount of research that has gone towards exploring the practical applications of cryptocurrency. This system, albeit near perfection, is still subjected to heavy skepticism and criticism.

To address this very problem, stablecoins were introduced. Tether (USTD), True USD (TUSD) Paxos Standard (PAX) are examples of currently existing and popular versions of stablecoins. Now, it is imperative to understand what these stablecoins provide; to eliminate the skepticism that is thrown at cryptocurrency. If I were to tell you to invest in bitcoin at this very moment, you would be rather hesitant because there is no real guarantee of a profit solely because of how unstable the cryptocurrency is. This would essentially make it more of a gamble and less of an investment. But, when paired with collateral such as a US Dollar, the idea of investing in bitcoin becomes a lot more viable and comprehensible. This is because you now have a way out in case you ever decide to back out of your investment and would want to try it at a later point in time. This creation of collateral is what stablecoins do. On top of that, they also provide a stable value to their respective coins which do not rise or decrease in value, unlike raw cryptocurrency.

To reduce this volatility that the usual cryptocurrency has, stablecoins are established to some stable asset or assets. Stablecoins can be 'pegged' to another cryptocurrency, fiat money, or materialistic commodities such as precious ores, metals, etc. This essentially means you get the benefits of both, a convenient mode of currency, as well as the perks of a decentralized market which in turn eliminates the need for a middleman or a bank.

Stablecoins have primarily taken off due to their attractiveness as modes of payment. Their low cost, almost instant transaction speeds, as well as heavy security due to the presence of the blockchain model, are some of the perks of stablecoins. Another noteworthy point is its efficiency when it comes to cross-border payments. Usually, cross-border transactions must pass through multiple checkpoints which delays the speed of payment substantially. This problem is easily mitigated using stablecoins because of the previously mentioned blockchain model. An entirely new avenue that has been explored by this form of currency exchange is the fact that stablecoins are programmable. Essentially, they’re bits and pieces of code which function in cohesion. This implies that they can be programmed and features can be added to them as per the need of the user.

If we gaze at the current uses of stablecoins, they're heavily skewed towards being used for cryptocurrency trading as I mentioned in the example above. They can also be used for making payments, remittance, money lending, settling settlements, and lastly, as an alternative for banks. Out of the uses mentioned above, remittance plays a key role because cross-border payments and sending money back home from overseas is a prevailing problem in these trying times. The introduction of Ripple’s xRapid (XRP) has been regarded as the solution for the remittance problem. For the foreseeable future, the inculcation of stablecoins into the mainstream market would be a challenge, but if we put the pros and cons on a scale, the advantages of stablecoins easily outweigh the minor setbacks we might face in improving the technology to harness cryptocurrency to the fullest. I would like to think of this as a stepping stone towards a future that is going to be heavily relying on stablecoins. The introduction of stablecoins at a larger, much grander scale is the first step towards eliminating monopoly, centralization, and instilling transparency and faith. 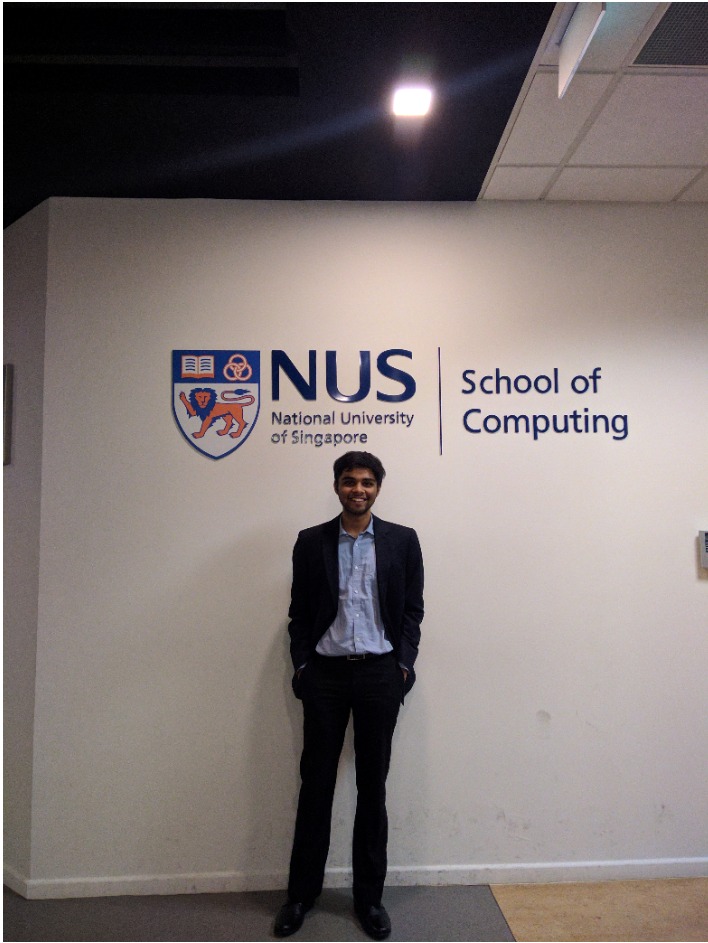 Siddharth is an undergrad student pursuing Computer Sciences at SRM Institute of Science and Technology. He was an intern at NUS Singapore and is a cybersecurity researcher with an intermediate background in penetration testing, network security, machine learning, deep learning, and mobile application development. His primary areas of work include the enhancement of home security systems and the effective integration of smart grids with blockchain.